I’ve been getting into robots lately. For a long time I was searching for the perfect robot kit to use with my Arduino. Then I decided I’d rather use my Raspberry Pi to control my robots so I could use better programming languages like Clojure, Elixir, Scala, Ruby, etc. So I was looking around for the perfect Raspberry Pi robot kit.

For Christmas, my parents gave me the OWI Robotic Arm Edge. For the longest time, I didn’t like it. I wanted a moving robot and something I could program.

Finally in April, I decided to pull the plug on the GoPiGo, a Raspberry Pi robot kit. It was a little challenging to put together the motors at first and one of the encoders broke. I asked for a new one and they sent it right out. I ran the examples that simply let me remote control the GoPiGo by ssh’ing into the Raspberry Pi on the robot. I had no sensors or anything else. My goal is to create an autonomous robot. No remote control.

So I ordered an ultrasonic sensor, and a Raspberry Pi camera and waited. It took probaby a month before those all came in.

In the meantime, I decided to put the robot arm together. 48 steps! Took me 2 days, but it wasn’t that hard. I ended up with this. 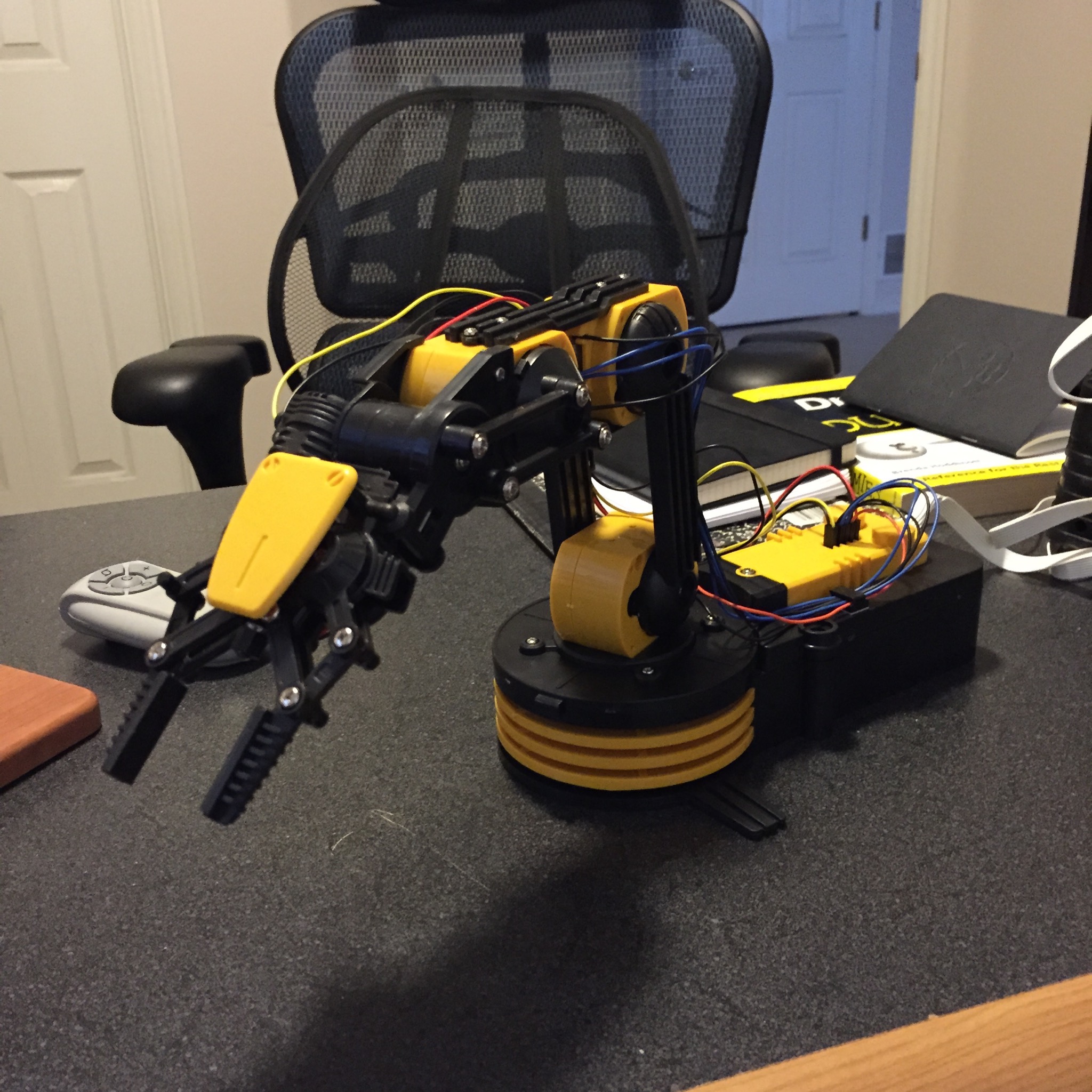 Then I went to our local Microcontroller meetup hosted by Make Salt Lake. There were lots of cool projects everybody was working on, and I talked a little about my GoPiGo. I expressed my desire to make it autonomous and also to have a battery that I could recharge. Somebody mentioned the iRobot Create and that got me thinking. A couple of weeks later, I ordered one, and a week later it showed up. 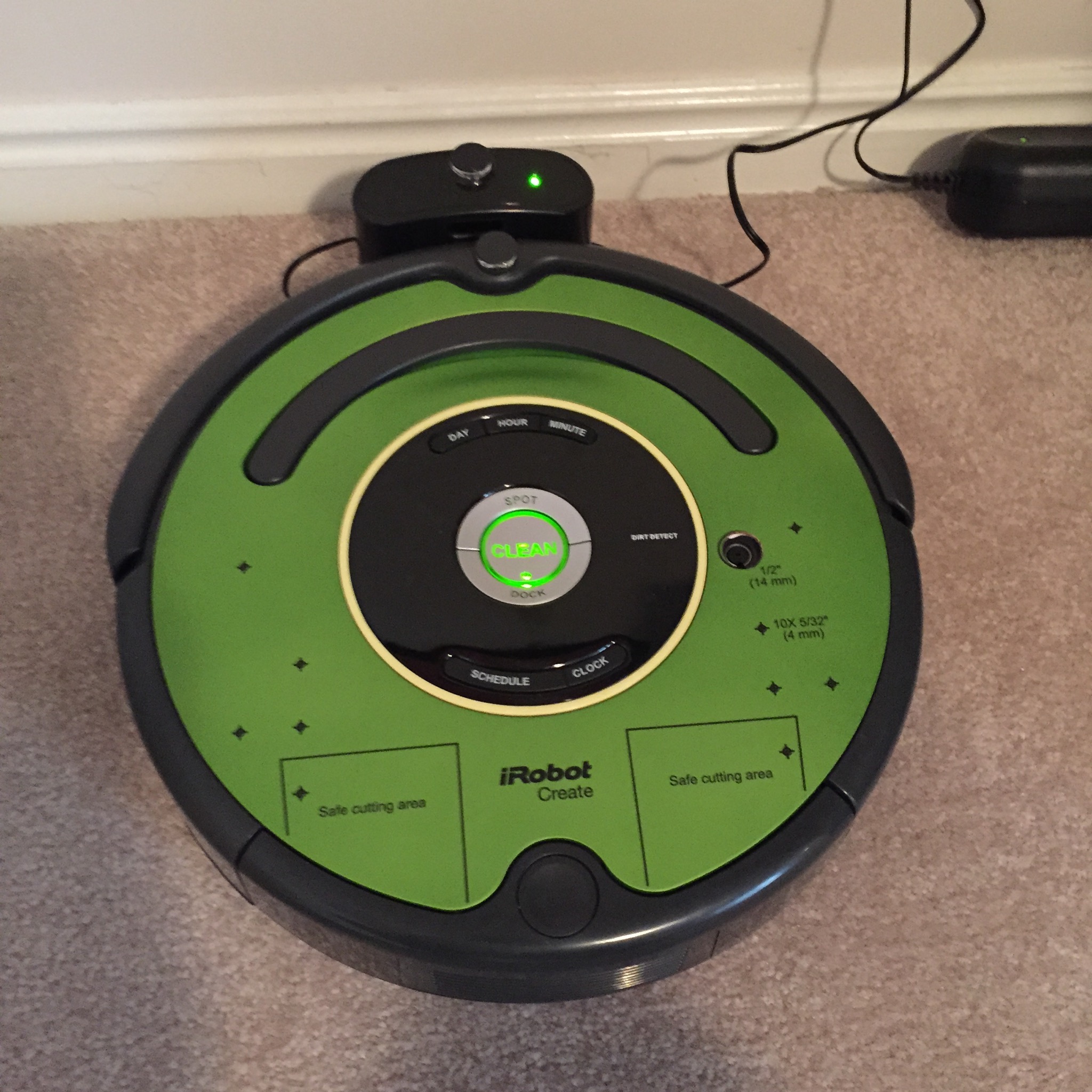 Finally, my GoPiGo parts came and I added those to my robot. That was a little bit of a challenge as well. Here’s the GoPiGo: 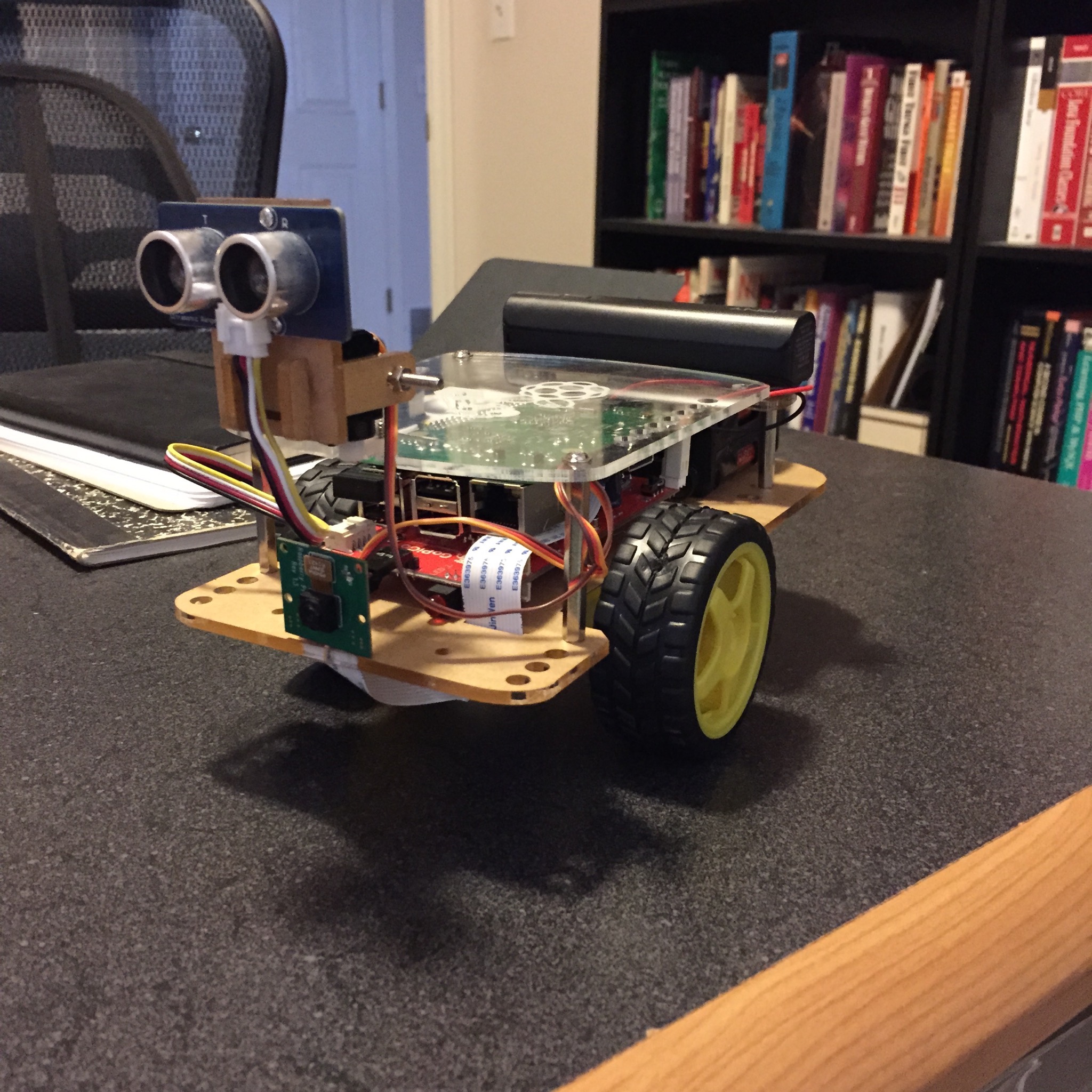 I ran the examples for that demonstrating how to use the sensor and camera. They worked. I decided to order a compass and a GPS module to add to the GoPiGo because there are examples that use that. I want to make this thing as smart as possible. So, lots of things to do. I want to:

I don’t know where all of this is going, but I’m just having fun exploring and seeing what I can do. I’ll keep you informed.