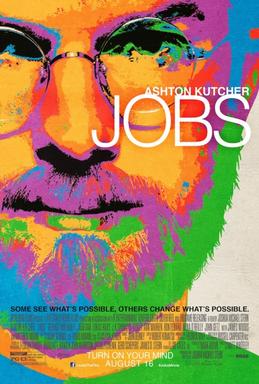 I’ve held off watching them because I knew there would be a lot of inaccuracies. I grew up with Steve Jobs. I followed him. I didn’t want to see him distorted the way Hollywood does.

I actually liked Jobs. Kutcher actually looks like Steve Jobs and he went to the effort to capture some of his mannerisms and speech patterns. I felt the script was much better as well, capturing the rise of Apple and Steve, his fall, and his comeback. At the end, I was emotional, as I tend to get with Steve Jobs, and was inspired by the story.

Steve Jobs, on the other hand, was like a soap opera version of Steve Jobs’ life. Lots of historical inaccuracies. Fassbender looks nothing like Steve Jobs. He made no effort to sound or look like him. The dialogue, to me, was false, and carefully crafted to make you think about Steve Jobs the way the movie wanted you to feel. Instead of just laying out the facts. I usually like Aaron Sorkin (the writer), but this script didn’t work for me at all.

So see Jobs. I’ll probably see it again when I’m looking for some inspiration.