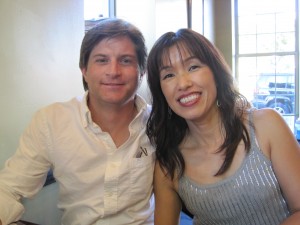 
My name is Rod Schmidt. I’m a software developer from Sandy, Utah and the founder of infiniteNIL Software. I am also the founder and organizer of CocoaHeads SLC, the Salt Lake City chapter of the international CocoaHeads organization.

My journey into programming started when my Dad brought home an Apple computer, an Apple ][+. I spent the next two days going through the BASIC programming book and I was hooked.

I have a bachelor’s degree in Computer Science from the University of Utah. During my career, I’ve programed with C, C++, Java, Objective-C, Ruby, and Swift. Before I became a professional I used BASIC, 6502 Assembly, Pascal, Lisp, and C.

I’ve presented on RubyCocoa at the 2003 O’Reilly Mac OS X Conference, on RubyMotion at the 2013 CocoaSlopes conference, and on various topics at numerous user groups such as The Utah Java Users Group, The Utah Ruby Users Group, and CocoaHeads. For a short time, I was a panelist on the iPhreaks Show podcast.

I am interested in programming languages, and right now I’m especially interested in functional languages such as Haskell and Clojure. My other main interest is the field of Artificial Intelligence and applying it to software so that we don’t have to adapt to use computers, but computers adapt to work for us.

When I’m not working, I enjoy movies, TV, books, playing tennis, rooting for the Los Angeles Dodgers, cheering on the United States’ soccer teams, and spending time with my girlfriend, Yoshiko.